We picked together with the top Android phones under $200 because, believe it or not, there are lots of terrific, inexpensive smartphones to consider. Smartphones costing $1,000 or more have swiftly become the norm, and for those on a tight budget, those high prices may quickly become a pain. If you’re in the market for a new phone but just have a few hundred dollars to spend.

Here are some of the best Android phones available for less than $200.

None of the phones on this list are very costly, but if you want to spend your money wisely, the Nokia G20 is the phone for you. It’s the greatest affordable phone in this category at the end of the day, sitting near the $200 mark. When you choose the G20 over the G10, you get a lot more bang for your buck. The Nokia G20 has a 6.52-inch IPS LCD display, which is larger than its cheaper predecessors. While it costs a little extra, you get a 720×1600 HD+ display, a MediaTek processor, 4GB of RAM, and 128GB of expandable storage (up to 512GB). Unfortunately, there is no quick charging, but the huge 5,050 mAh battery should keep you from having to fiddle with it too much.

The Nokia G20 runs Android One, which means you’ll get two years of Android updates and three years of monthly security patches, which should keep you up to date until 2023. The phone ships with Android 11, however Android 12 and 13 are planned for the future. Because there is no bloatware and Nokia sticks to stock Android, the software experience is fantastic.

The phone has a textured back that comes in two colors and a fingerprint scanner on the side. The Nokia G20 has an IPX2 rating, which means it is splash-proof. A quad-camera array is also included, including a 48MP primary camera that is quite good. The G20 is our best sub-$200 suggestion because Nokia packed just the right features into this value-packed handset.

The revised Moto G Play (2021) is the company’s most current inexpensive phone under the Play label. Moto is the king of the sub-$200 sector. Of course, it makes certain spec concessions to get to this pricing point, but it’s still a thoroughly pleasant piece of technology.

The screen is a 6.5-inch 720p HD+ LCD, which does the job. This phone also has decent bezels and a small waterdrop notch, making it a suitable choice for watching videos or playing light games. The 13MP + 2MP dual back cameras have more visible flaws, but they’re still good enough for short uploads to your favorite social media app.

The Moto G Play (2021) sports a fingerprint sensor embedded in the Moto logo on the back, which is both fast and reliable. There’s also a headphone jack and expandable storage, as well as a 5,000mAh battery and compatibility with all US carriers. This handset, unlike lesser phones like the Moto E (2020), offers USB-C charging (but no wireless charging).

The Moto G Play (2021)’s main flaw is that Motorola has all but confirmed that it will only receive one major platform update, and that will be to Android 11! Yes, this device comes with an out-of-date version of Android (10). While Motorola’s bespoke Android experience is just as good here as it is on the Moto G Fast, at least one update would have been welcome.

The Moto G Stylus (2021) is at the top of our $200 price range. While not without flaws, it is one of the best Android phones available at this price point. One major drawback is that it ships with Android 10 and can only be updated to Android 11. The G Stylus 2021, on the other hand, is nearly ideal in every other way.

The hardware in the Moto G Stylus (2021) is significantly better than you’d anticipate for a phone in this price range. Of course, it’s now half the price it was when it first came out, which explains the high-quality build. When you hold it, it feels sturdy, and it comes with a handy stylus. The 6.8-inch LCD is likewise excellent, providing a large canvas with low bezels, vibrant colors, and excellent viewing angles. The FHD resolution ensures that everything is as sharp as the other alternatives on our list. Overall, it’s a good display.

On the back, there are four cameras: a 48MP main camera, an 8MP ultra-wide camera, and 2MP macro and depth sensors. While the quality of the other sensors suffers, having them for more shooting options is still a lot of fun. Another plus is the battery life, which can last up to two days for some users thanks to the 4,000mAh capacity. However, there is no support for fast charging.

When you think of the best Samsung phones, you usually think of huge, showy, costly phones like the Galaxy S22 and S22 Ultra. If you want to own a Samsung phone but don’t want to spend a lot of money, the Galaxy A12 is a good option.

First and foremost, the Galaxy A12 boasts a stunning display. It’s 6.5 inches in size, goes edge-to-edge with the phone’s left and right frames, and includes a teardrop selfie camera cutout with a little bottom bezel. If you watch a lot of movies or play a lot of games, the A12 will make your movies and games pop.

The A12 has four cameras on the back: a 16MP main camera, a 5MP ultra-wide camera, a 2MP macro camera, and a 2MP depth sensor. The image quality isn’t spectacular, but the cameras are adequate for social media and allow for some image capture (especially with the ultra-wide camera). Other features of the Galaxy A12 include expandable storage, a large 5,000mAh battery, 15W quick charging, and Samsung’s One UI software, which is jam-packed with options.

The TCL 20 SE may not offer the most cutting-edge specs, but don’t overlook it. You won’t find a more compelling display under $200 than the 6.82-inch vibrant LCD panel on this phone. The waterdrop notch is a little antiquated, but the phone’s overall value is bolstered by the full package.

With all that screen real estate, TCL provides you with a good value. With 4GB of RAM and 128GB of storage that can be expanded to 256GB, you have plenty of memory. A fingerprint scanner may also be found on the phone’s attractive backside. The TCL 20 SE boasts a large 5,00mAh battery that charges faster than any other phone in this class thanks to its 18W fast charging.

A great set of quad cameras with a 48MP primary lens is included. The TCL 20 SE runs Android 11 as far as software is concerned. A Snapdragon 460 chipset keeps the phone afloat under the hood. The lack of any future platform improvements or any kind of waterproofing prohibits this phone from becoming our top selection. TCL does, however, guarantee two years of security upgrades.

OnePlus built its name by selling flagship-quality phones at more modest prices, but it wasn’t until the Nord launch series that it truly began to manufacture true budget phones. The original Nord and Nord 2 were not released in North America, however people in the United States and Canada can get their hands on the Nord N10 5G and N100, which are great value phones.

The OnePlus Nord N100 is a fairly impressive combination for under $200. It has a 6.52-inch LCD screen, a 5,000mAh battery, and 64GB of internal storage that can be expanded to 512GB using the microSD card. There are also two stereo speakers up front, as well as a triple camera array on the rear and a fingerprint sensor.

We were pleased when Motorola revealed that Moto G Power (2020) will be receiving a sequel because it was one of our favorite budget phones of 2020. However, our enthusiasm was muted when we learned about some of the enhancements (or downgrades) included in the model for 2021. With the Moto G Power (2022) now available, we can fairly declare that, despite the downgrades, you’re better off with last year’s model.

The Snapdragon 662 CPU outperforms the Mediatek processor in 2022. The 2021 model doesn’t have an HD+ display, but the 2022 model does, and it also maxes out at 720p, so you’re not missing out. While the Moto G Power (2021) retains the headphone port, it lacks NFC, wireless charging, and formal IP water protection, however, it does come with a water-repellent covering. Unfortunately, the model 2021 ships with Android 10 and has only received one major platform update (Android 11).

Don’t get us wrong: the Moto G Power (2021) is still a great Android phone. It’s just not the sequel we were expecting. Nonetheless, if you want a three-camera configuration, a bright and large screen, and a large battery, this device is hard to match. In any event, it’s a lot better than the newer 2022 model, which is riddled with glitches.

Although using a case to keep your phone safe during everyday use is a good idea, certain phones are built to be rugged and durable straight out of the box. The Blackview BV4900 is one such phone, and if you’re clumsy or work in a physically demanding setting, the BV4900 is a good pick.

The BV4900’s tough look is obvious, and it comes with durability ratings to back it up. You get a MIL-STD-810G certification in addition to an IP68 dust/water resistant rating. The BV4900 has been tested to withstand drops of up to five feet.

Aside from its look, the BV5900 has a number of other advantages. It boasts a large 5,580mAh battery, USB-C charging, and NFC for Google Pay contactless payments. There’s also 3GB of RAM and 32GB of expandable storage (up to 128GB). There are no platform upgrades available beyond the pre-installed Android 10, and there is no fingerprint sensor.

At $160 (£139, around AU$240), Samsung’s Galaxy A03S has a lot of wonderful features and could be a good choice for someone searching for the cheapest phone that can handle most basic activities. The phone’s 6.5-inch 720p-resolution screen is ideal for reading news, watching videos, and playing games. Despite some speed issues we discovered during our testing, the phone is capable of multitasking. However, the phone’s 32GB of storage space may quickly fill up, so if you’re thinking about buying one, a microSD card might be worth considering.

Samsung also expects to provide at least four years of security upgrades for this phone, which is as good as it gets at this pricing point. It’s unclear how many Android updates are planned for the phone’s software, although it comes with Android 11 out of the box.

The Galaxy A13 comes with a 6.6-inch 1,080p screen, four back cameras, including a 50-megapixel primary camera, an 8-megapixel selfie camera, and a 5,000mAh battery. It, like the Galaxy A03S, only has 32GB of onboard storage, so if you plan to take a lot of images and videos with those cameras, you’ll need to acquire a microSD card to enhance the storage. The A13, like the Galaxy A03S, comes with Android 11 and is guaranteed to get security upgrades for at least four years. This is especially beneficial if you intend to keep this phone for as long as possible. 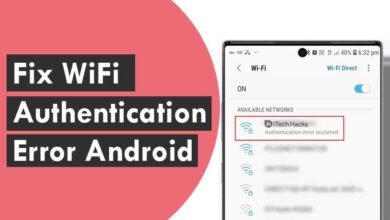 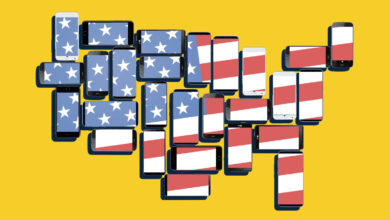 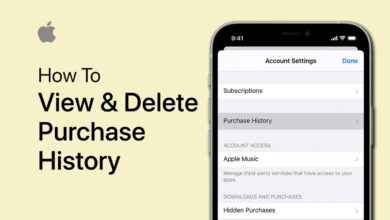 How To Delete Purchase History On iPhone 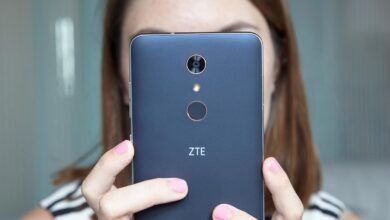 How Can I Connect My Sprint Phone To Metropcs: A Complete Solution