Instagram continues with its strategies of focusing its efforts on big projects, such as Reels and its short video format, similar to TikTok. And the result of this has been the disappearance of two of its best-known applications, Boomerang and Hyperlapse, which have been removed from its application store.

These two Instagram apps, considered the oldest, said goodbye on March 1 of this year, Boomerang was launched in 2015 and was considered one of the most installed in the Instagram app store, with 301 million global downloads. Hyperlapse, on the other hand, was less well known but just as important, with 23 million downloads.

The two apps were conceived as a way to provide Instagram users with new creative tools without bogging down Instagram’s flagship app. But the company’s concerns about overloading its main app with too many features have long been brushed aside.

Currently, Instagram offers numerous functions within its app, from the creation of short video content, in the purest TikTok style, or the broadcast of live videos, as well as being able to launch products live for a limited time, among other things.

According to TechCrunch, the need for dedicated creative effects apps no longer makes any sense for Instagram, as it has long since integrated its creative toolset directly into the social network’s camera.

Instagram has confirmed that it will not be removing Layout and that Boomerang features will continue to be supported in the app. 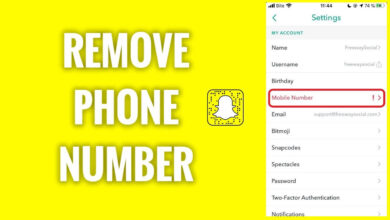 How To Remove Phone Number From Snapchat